Over the last several months, I have made the surprising journey from search engine marketing to display retargeting. And like traveling to a different country, I found myself exposed to new languages, tactics, and measurements. I was beginning to wonder how I fit into a world with pictures rather than three lines of text.

Luckily, I found search retargeting. Suddenly, I saw this world as a new landscape that could have ties to a world I knew. In fact, it appeared I was even on the same planet. 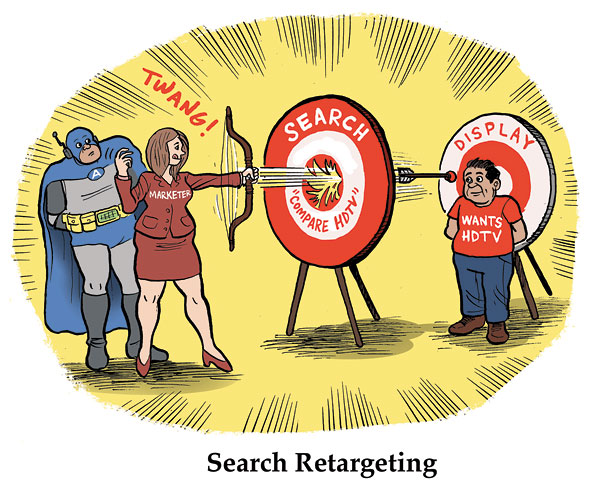 I have included a parable of sorts to help explain what search retargeting is and why I think it is great.

A Tale of Two Sales Associates

Entering into the mobile digital age as a professional has caused several things to change in my life. Least favorite of all being that I now work off of a laptop instead of what was once called a “normal” computer. Such a conundrum put me in the market for a new monitor so that I could at least see what I was typing.

So off to Best Buy I went.

Standing in front of a wall of monitors, I began to realize a simple truth. That despite my vast knowledge of all things digital, I knew next to nothing about monitors. So, I began to evaluate each model based on a mixture of price and features. Full HD, refresh rate, size of image, ports, I was beginning to feel like I could get a fair evaluation. Until this approach led me to a brand I had never heard of, and judging by its thickness, had eaten the monitor next to it.

I had chosen poorly.