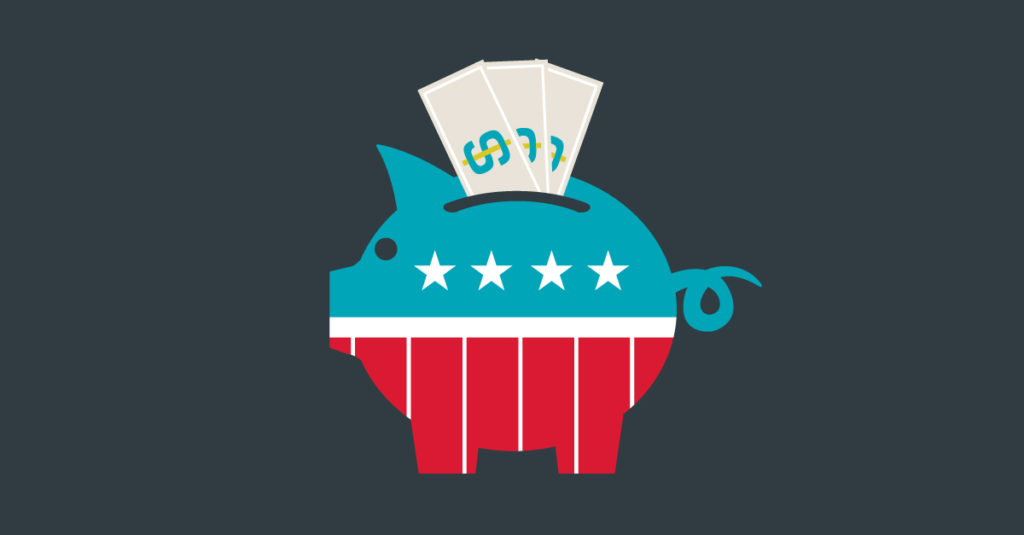 $8.5 billion—that’s the predicted political ad spend for 2018. Out of that $8.5 billion, digital media will account for $1.8 billion—a 22% share (StreetFight). These numbers speak for themselves. Digital marketing is more important than ever for political campaigns. For political marketers, it’s not a question of if you should be utilizing digital advertising, but rather how best to utilize it.

Let’s take a look at how the role of digital media has evolved in the political space, and how political marketers can leverage it to win campaigns.

Since the 1950’s, advertising has played an increasingly significant role in political campaigns. Ad agencies, public relations firms, and consultants developed the use of opinion polls and focus groups to affect voter opinion through radio, television, direct mail, and other forms of traditional media (Internet Policy Review). However, it was the advent of the internet that really changed the game.

The internet was the catalyst for a whole new way of reaching and influencing voters. Political operatives were able to use this technology to mobilize volunteers, engage with younger demographics, fundraise, foster grassroots movements, and Get Out the Vote. Both Republicans and Democrats adopted these new tactics with a vengeance, and a new paradigm of political campaigning emerged.

Digital is the New Normal

It was the presidential election of 2012 that truly showcased the power of digital advertising in the hands of savvy political marketers. Just ask the McCain campaign, who fell victim to a nimble Obama movement that understood how to harness digital ads to motivate and engage voters.

In 2016, we saw the effects of digital marketing that incorporated advanced data collection and analytics, the rise of social media platforms, and geo-targeting. We also witnessed programmatic advertising start to play a significant role in digital campaigns. According to the Internet Policy Review:

The use of programmatic advertising was one of the major changes in political campaign digital operations between 2012 and 2016—“the first time in American History,” according to one ad company, “that such precise targeting has ever been made available at such great scale.”

And Borrell Associates predicts that nearly half of political spending on digital in 2018 will go towards programmatic ads.

All of this coincides with the fact that traditional advertising is on the decline. Historically, marketers have focused their political campaign advertising efforts on large TV buys, phone banks, direct mail pushes, radio advertising, etc. However, political marketers are realizing that there is significantly more value in digital ads. For example, Borrell estimates that broadcast television will comprise 39% of total political spend in 2018, down from 57% in 2014.

So, what does this paradigm shift to digital mean for political advertisers?

People are consuming information faster and on a broader scale. The significance of localized programmatic has become increasingly important in this new environment and Simpli.fi is here to help.

The Importance of Localization

There is an untapped opportunity for political campaigns to increase their relevance and performance by localizing audiences, messages and budgets in real-time to individual voters.

As political campaign spending ramps up for the 2018 mid-term elections, we are reminded of the phrase “All politics is local” from former Speaker of the U.S. House of Representatives Tip O’Neill. These words could not be truer today. With marketers facing the challenge of implementing scalable advertising tactics that effectively reach the right target audience, it is more important than ever before to localize advertising efforts in order to reach the right voter, at the right time, with the right message.

A strategy must be created that can target and reach individual voters by customizing creative to local audiences. This translates to maximum impact and less wasted impressions, delivering a higher ROI for your political campaign.

In a world where every vote counts, be sure you are tapping into a localized programmatic strategy. Check out Simpli.fi’s free Political Marketers Playbook to learn more about how political marketers can benefit from localized programmatic. It’s loaded with stats, insights, case studies, and tips that will help guide your political advertising strategy and drive more voters to the polls come this November.