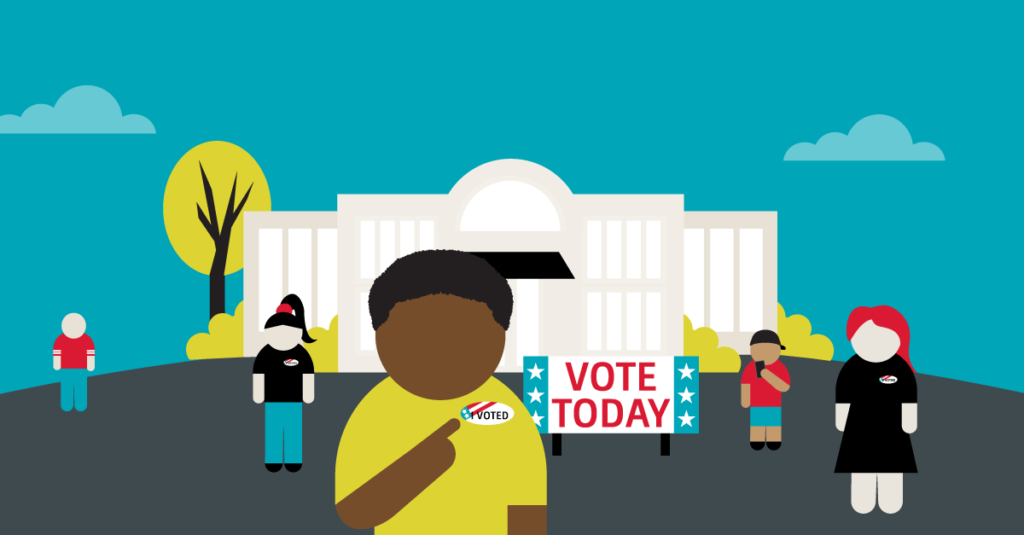 See how Simpli.fi’s Addressable Geo-Fencing helped a campaign reach a relevant audience, drive voters to the polls, and most importantly, win the election!

Political advertising spending is expected to exceed $8.5 billion in 2018. In such a saturated and competitive environment, it can be difficult to stand out in the crowd. From local candidates to super PAC-funded national campaigns, political advertisers often find it challenging to target a relevant, localized audience while also achieving the desired reach and frequency. It’s even tougher to determine the impact that advertising has on the number of voters and the election result.

In the pivotal days leading up to a local Circuit Court Judge election, one candidate was looking to build awareness about her platform and the election, as well as drive voters to the polling booths. The candidate and her campaign staff knew they needed an innovative digital advertising strategy to complement their traditional marketing efforts in order to win a competitive election race.

In partnership with their advertising agency, they learned that they could utilize Addressable Geo-Fencing with Simpli.fi to take advantage of a proprietary list of potential voters’ home addresses and expand upon existing address-level marketing efforts to target individuals at these addresses with mobile, video, and/or OTT/CTV ads.

With only one week to go until the election, the campaign staff’s goal was to maximize impressions and achieve a high CTR. They also wanted to utilize conversion zones to gauge the impact that the campaign had on the number of voters who went to the polls. It was an extremely close race, and every vote was going to count.

Simpli.fi, in collaboration with the campaign staff and their agency, developed a strategy to 1) digitally target specific addresses in order to build awareness about the candidate among a relevant audience; and 2) drive voters to polling locations and track online-to-offline conversions.

First, the advertiser uploaded the list of more than 35,000 addresses that they wanted to target into the Simpli.fi platform. Using GPS data based on plat lines, Simpli.fi automatically matched these addresses to the exact physical location, shape, and size of each address. The system then built a geo-fence targeting zone around each precise address in order to capture an audience of individuals at each location.

Addressable Geo-Fencing allowed the advertiser to target users associated with each distinct household across multiple devices. Over the six days prior to the election and the day of the election itself, Simpli.fi delivered mobile, tablet and desktop ads to users captured in the individual geo-fences.

Over the course of the weeklong advertising campaign, Simpli.fi delivered a high CTR of .15%. Additionally, the campaign produced 288 geo-fence conversions on Election Day. That is, 288 people were targeted via Addressable Geo-Fencing and then visited a polling location on the day of the election.

Most importantly, the judicial candidate won an extremely close election. In fact, the race was decided by less than 150 votes! In a competitive landscape, the political campaign was able to reach a relevant audience in a timely manner and measure the impact on voter turnout with an innovative address-level advertising strategy.

Interested in using Addressable Geo-Fencing during these final days leading up to the Midterm Election? Reach out to your Simpli.fi representative or contact us at hi@simpli.fi. Don’t forget to download our free Political Marketers’ Playbook for Localized Programmatic, a 14-page resource that explains in detail how Simpli.fi’s localized programmatic solution can help political marketers win campaigns in 2018.