The 2020 presidential election saw the highest number of ballots cast in U.S. history, as well as the highest voter turnout in over a century (CNBC). In anticipation of this high voter turnout, a Georgia school system wanted to promote a county ballot initiative that would extend its current education sales tax. It chose to partner with a national radio broadcasting company that has long relied on Simpli.fi’s advanced targeting technology, in order to advocate for the passage of the sales tax.

Leading up to the election, the school system wanted to remind voters of the ballot proposal and get out the vote. It hoped to reach a relevant audience of potential voters and generate visits to county polling locations at a low cost per visit (CPV). Therefore, the broadcasting company tapped into Simpli.fi’s Addressable Audience Curation tool to build custom addressable audiences in real-time using location data and choosing from over 500 demographic variables. In addition to household level targeting, the comprehensive campaign also employed Search Retargeting to maximize reach among voters.

GETTING OUT THE VOTE

Simpli.fi identified 22,144 relevant addresses for targeting. Using publicly available plat line data paired with GPS data, the Simpli.fi system automatically drew target fences around the exact shape and size of each property to capture users for retargeting. The broadcaster further refined both addressable audiences to target “frequent” visitors—those who lived in the homes, as opposed to their guests.

Once the audiences were created, the advertiser drew Conversion Zones around each of the county’s 42 polling locations to track offline conversions. This allowed the school system to identify the number of voters who received an ad and then visited a polling station to vote early or on Election Day, thereby helping it gauge the impact of its advertising efforts.

To complement the Addressable Geo-Fencing strategy, the broadcaster also implemented Search Retargeting to reach county voters who were researching the sales tax initiative. It deployed a custom list of 700+ keywords—including terms such as “sales tax” and “purchase tax”—which enabled the school system to retarget users who searched for relevant keywords during the week leading up to the election.

Targeting users at the keyword-level instead of using pre-packaged voter segments allowed the advertiser to reach undecided residents as they conducted their research without wasting impressions on decided voters. With pre-packaged segments, advertisers lack insight into who is included in the audience, when and why users are added to it, and much more, meaning the segment could easily feature both decided and undecided voters.

In contrast, by searching for information related to the tax extension, voters indicated that they were still undecided, making them the ideal audience to target. This approach also offered visibility into which keywords were serving impressions and the costs for each, providing full transparency to both the advertiser and the broadcasting company.

The campaign drove hundreds of voters to the county polling locations, generating a low CPV of $1.67 through precise targeting. Simpli.fi also achieved a 0.12% CTR, indicating that the campaign reached relevant voters who wanted to learn more. Most importantly, the sales tax extension passed, proving Simpli.fi’s ability to deliver results for political advertisers through its advanced targeting and attribution solutions. 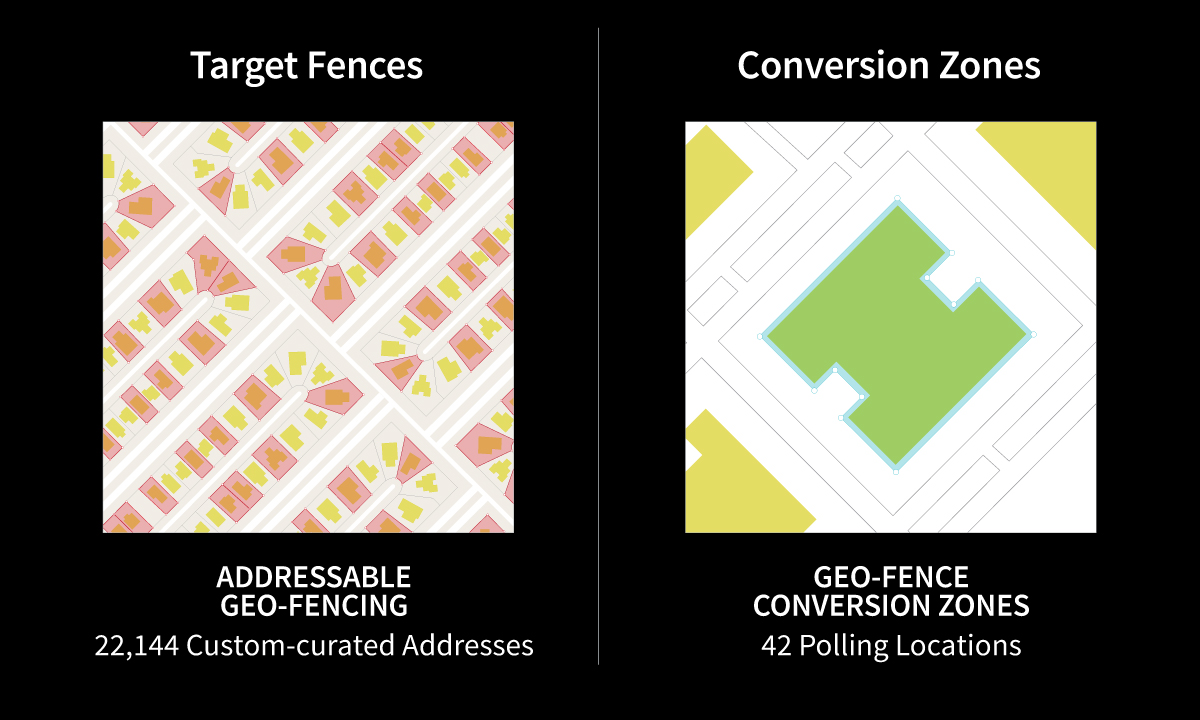 Interested in reaching relevant voters with Simpli.fi’s advanced targeting solutions?
Get in touch at hi@simpli.fi, or contact your Simpli.fi representative.