I believe display advertising is actually in its infancy. There are powerful dynamic variables at work that are creating major challenges for the advertising technology industry at large.

Depending on the vendor, its technology stack and its level of commitment to legacy beliefs, this is either a problem that is of  concern or the opportunity of a lifetime. Either way, evolution is at work.

In the 1940′s, science fiction writers began dreaming of a medium that looked something like our beloved Internet does today.

By the 1960’s, key discoveries were being made and implemented in the pursuit of a better government infrastructure.

At the very end of 1990, Sir Tim Berners-Lee had built the first Web browser and the first webpages sitting on the first Web server.  On August 6, 1991, he posted a summary of his efforts, marking the debut of the Web as a publicly available service. 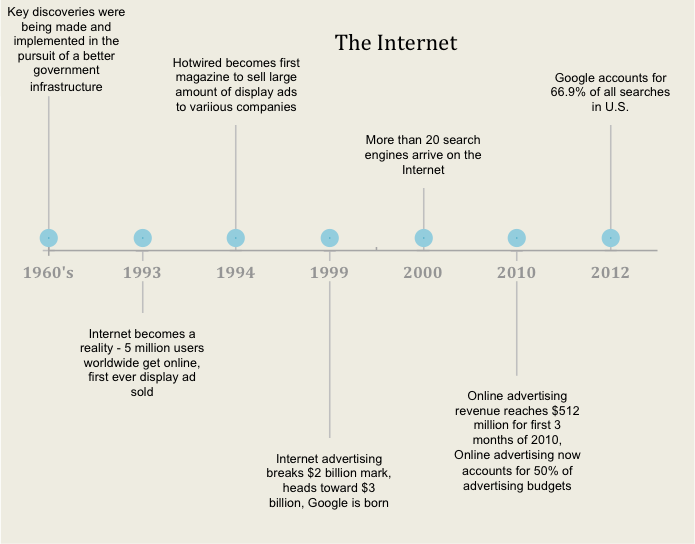 It was not until 1995 that the last restrictions on the Web for commercial traffic were removed. So the technology that comprises the very backbone of display advertising is conservatively 20 years old.

Therefore, by historical standards, display advertising is in its infancy.

By comparison, the automobile’s origin can be traced back to the 1700s. In 1893, the first gasoline-powered American-made vehicle was developed, and in 1903, Oldsmobile developed the first true assembly line capable of producing automobiles at a reasonable cost.

By 1914, Ford followed suit and began perfecting the assembly line. Just how important was this evolution in shaping the automobile industry? By 1930, 250 companies, which did not read the tea leaves fast enough, vanished from the competitive landscape!