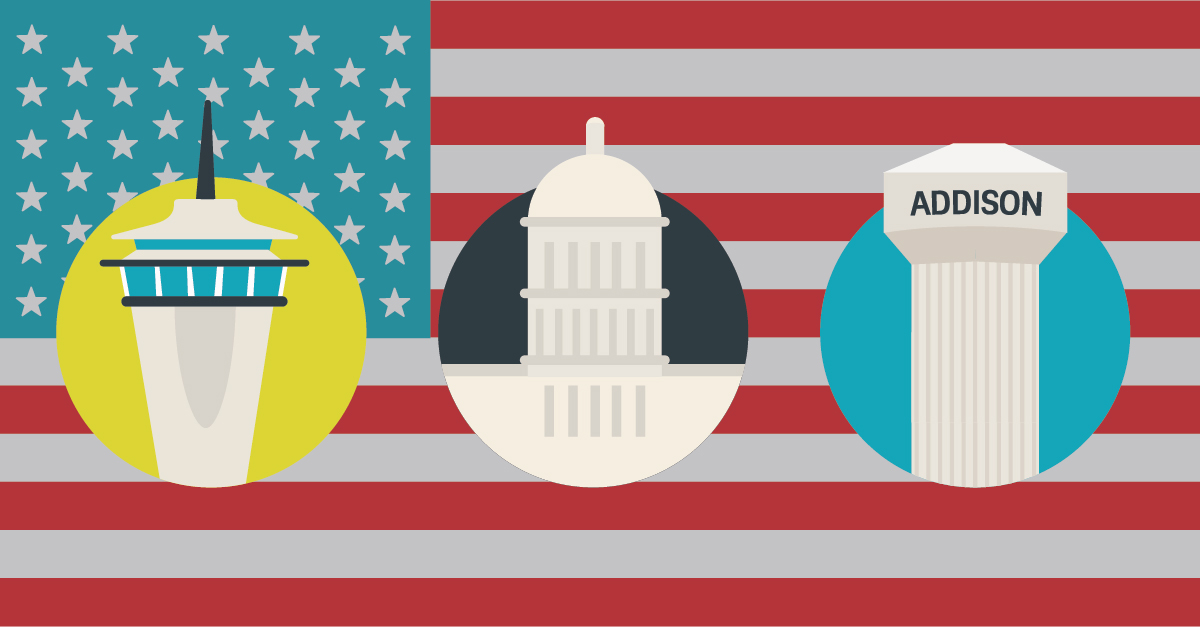 With more than $825 million spent on Fourth of July fireworks this year, it is no wonder that firework shows across the nation draw large crowds into major cities year-after-year as we celebrate our country’s independence. This year was no different.

With the growing importance of mobile location data used to localize ad targeting, Independence Day offered the perfect opportunity to demonstrate the power of our Geo-Fencing with Event Targeting solution. We chose three major cities across the continental United States that host popular annual firework shows to analyze foot traffic based on mobile users at various points throughout the day. Those shows were Seattle’s Seafair Summer Fourth, Addison’s Kaboom Town, and Washington D.C.’s National Mall Fourth of July firework show. We also tracked all-day foot traffic for June 27 and June 30 to see how big of an increase, if any, there was over your average weekday and weekend at the firework show location in each city.

As expected, Fourth of July foot traffic increased over previous weekdays and weekends in all three firework show locations: Seattle, WA, Addison, TX, and Washington D.C. There were, however, some notable variances between cities.

The District Stole the [Pre] Show

It is no surprise that the capital city of the United States generated tens of thousands of viewers for their spectacular annual firework show this year. In fact, Washington D.C.’s National Mall Fourth of July celebration brought in larger crowds as compared to the southwest region and west coast both before and during the show.

More Fourth-of-July-goers showed up early, pre-fireworks show, in D.C. as compared to Addison and Seattle. The National Mall’s firework show saw a 92.36% increase in foot traffic based on mobile users before the show as compared to Seattle’s show, and a 46.87% increase as compared to Addison’s Kaboom Town. With an average of over 65,000 people visiting the National Mall on a daily basis (National Park Service), it is likely that folks came early to visit the monuments and stayed to enjoy the spectacle.

Interesting enough, Addison’s Kaboom Town Fourth of July celebration took the cake for generating the highest increase in foot traffic based on mobile users following the firework show. Addison’s pyrotechnics extravaganza saw 90.23% increase in foot traffic as compared to Seattle, and a 20.26% increase as compared to Washington D.C. This could be due to the fact that Addison’s show took place on Tuesday, July 3 as opposed to other city’s Wednesday, July 4 celebrations. Because Addison viewers likely had the day off the next day, they likely decided to stay late and enjoy their evening jamming out to post-show entertainment, The Emerald City band.

All things considered, this exercise provided an informed glimpse into how Fourth of July habits vary across different cities and venues – demonstrating just one of the many capabilities of our geo-fencing solution. The widespread use of mobile devices and location data is helping marketers stretch their budgets by considering local preferences, nomenclature, and buying habits – helping to better inform their campaign strategy and get the most bang for their marketing buck.

If you’re curious about how localization and Event Targeting can help your business, give us a shout at hi@simpli.fi.