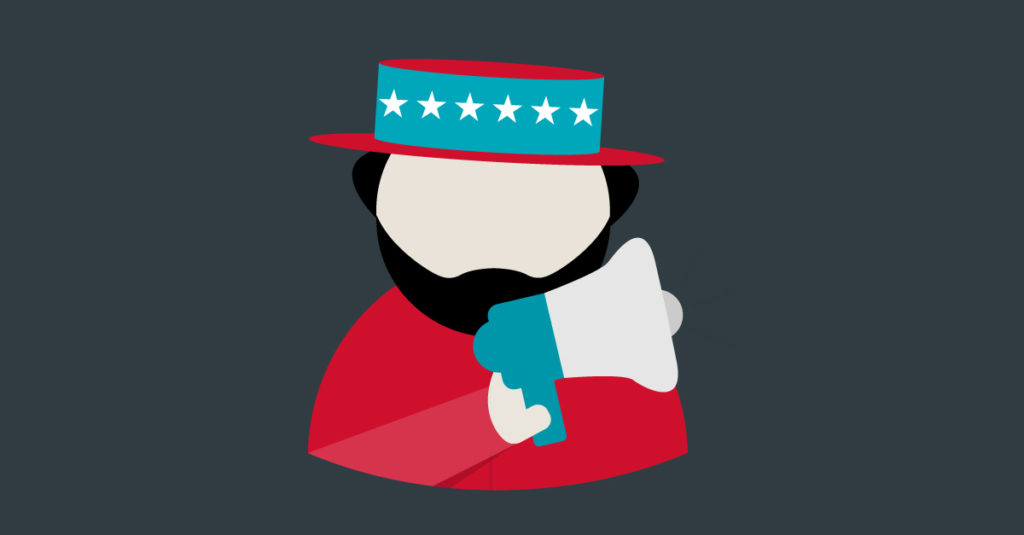 What if you could precisely target individual households with digital ads at scale? We’re talking about serving mobile, video, and/or OTT/CTV ads to individuals at one specific address with no unwanted overlap, across multiple devices within the home. Imagine what this could do for political campaigning. The possibilities for political marketers would be endless.

Thanks to Simpli.fi’s Addressable Geo-Fencing, political marketers now have a powerful, efficient, and accurate new way to target specific households with digital advertising. Driving campaign awareness, ramping up fundraising and volunteer efforts, reaching potential voters, and GOTV has never been easier! You can even attribute foot traffic conversions to your digital campaign.

Addressable Geo-Fencing is an invaluable addition to any political campaign’s advertising efforts. Here are some ways political marketers can use this new technology to target voters and build localized audiences to make sure they are hitting the right voters, with the right ad, at the right time.

Borrell predicts that political campaigns will spend $223 million on direct mail in 2018. With so much money going towards address-level targeting Simpli.fi’s Addressable Geo-Fencing gives you a digital way to complement direct mail efforts by dramatically improving the reach and frequency of political ads. Already targeting neighborhoods with high numbers of independents and swing voters? Interested in direct mail drops to shore up base constituencies before voting begins? Augment these efforts by targeting each individual household at a granular level with digital ads across multiple devices. Political campaigns can also use our Conversion Zone technology in conjunction with Addressable Geo-Fencing to attribute foot traffic at polling stations. Measure and report on online-to-offline conversions, which of the voters you targeted showed up, the effectiveness of the ads, and more. Along with direct mail, Addressable Geo-Fencing can complement addressable TV campaigns and other traditional advertising efforts at the address-level.

Recruiting Volunteers and Driving Fundraising Efforts are as Easy as 1,2, 3

By using Simpli.fi’s Addressable Geo-Fencing, you can facilitate fundraising by identifying households with high numbers of potential donors and then delivering them digital ads with optimal timing and customized creative. Take advantage of existing donor targeting lists that you use at call time, direct mail fundraising lists, event mailing lists, etc. and improve the results of these traditional fundraising efforts by targeting those same addresses with mobile, video, and OTT/CTV ads.

Additionally, you can make use of your current donor database and look to them when it’s time to recruit volunteers. If they’ve already agreed to donate money to your cause, they may also be willing to donate their time.

Knocking on doors is perhaps the most laborious (yet essential) piece to GOTV. You likely have a plan in place as to which households to target leading up to Election Day. Why not also hit these same households with digital advertising while you are at it? With Simpli.fi’s Addressable Geo-Fencing, you can make your voter research and data actionable by using it to target specific voters at the most granular level. You control the location, timing, and users you deliver ads to – extending reach and improving frequency of your door-to-door efforts. Don’t forget to layer in Conversion Zones to track online-to-offline foot traffic at polling locations.

A big concern for political marketers in 2018 is the ability to attribute the impact and success of their political campaign to their advertising efforts. As we mentioned earlier, Addressable Geo-Fencing combined with Conversion Zones does just that. We can trace a Conversion Zone around a rally or polling station to recognize any user you have previously served a digital ad to and attribute their visit as an offline conversion for the digital campaign. This is a powerful way to measure the success of your advertising efforts, and gather voter turnout data to be used in future campaigns.

In 2018, political marketers are increasingly turning to Simpli.fi’s Addressable Geo-Fencing to utilize precise, scalable geo-targeting technology to reach voters at the right time and place with digital targeted advertising that will make a difference come Election Day.

Interested in learning more? Check out this case study where a local Circuit Judge race was won by only 125 votes thanks to the help of Simpli.fi’s Addressable Geo-Fencing technology.