Simpli.fi is thrilled to announce our recent inclusion as a finalist in the LSA Ad-to-Action Awards for “Best Use of Location” in regards to our Addressable Geo-Fencing solution. The Ad-to-Action Awards recognize the top products, campaigns, and software that are driving online-to-offline and local consumer actions. LSA received more than 80 submissions from media companies, agencies, and technology providers from North America, Europe, India, Australia, and Israel.

The 2019 Ad-to-Action entries showcase innovative offerings from companies across the local marketing spectrum in 10 categories that include presence management, attribution, SMB SaaS, reputation management, local search, and more. Those entrants chosen as finalists reflect the most compelling campaigns, strategies, and technologies in each of the categories. “The awards celebrate an industry influencing more than 90 percent of all consumer spending,” said Greg Sterling, LSA’s VP of Strategy. LSA will announce the winners on February 26th at its annual conference, LSA19, in Dana Point, CA.

With Addressable Geo-Fencing, Simpli.fi has brought the advantages of addressability to programmatic by giving advertisers a powerful, efficient, and accurate new way to target at the individual household-level at scale. Addressable Geo-Fencing has proven to be one of the most effective ways to reach a target audience across all of their household screens and devices by leveraging address lists. 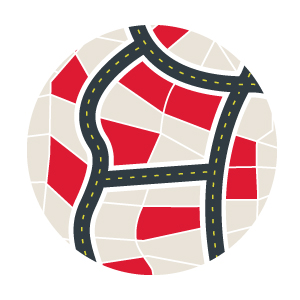 Let’s start with precision. Addressable Geo-Fencing targets at the physical address-level using GPS and plat line data allowing advertisers to target the right households and minimize wasted impressions. The addresses uploaded into the Simpli.fi platform are converted into geo-fences conforming to the plat lines, and devices within the geo-fence can then be targeted with mobile, video, and/or OTT/CTV ads.

Addressable Geo-Fencing is also highly scalable. Up to one million addresses per campaign can be uploaded and targeted with the ability to run an unlimited number of campaigns, giving advertisers an incredible opportunity to leverage their offline customer data like CRM lists, loyalty lists, and more. Don’t have access to first-party data? No worries. Simpli.fi can curate lists on behalf of the advertiser based on over 1,500 demographic variables.

Advertisers are also able to track how well their addressable campaigns are performing by layering in Conversion Zones with Addressable Geo-Fencing. In doing so, advertisers can track online-to-offline conversions by measuring what amount of foot traffic at an advertiser’s physical location has previously seen their ad. Using the insights gained from the Conversion Zone technology, advertisers can optimize campaigns midflight based on performance throughout the lifecycle of the campaigns. Simpli.fi gives advertisers the ability to shift their ad dollars based on what’s working and what’s not, meaning ROI is increased and wasted impressions are minimized.

In 2018, Simpli.fi saw significant growth in the adoption of our Geo-Fencing product suite due in large part to the addition of Addressable Geo-Fencing. As compared to 2017, Simpli.fi experienced:

We at Simpli.fi are gratified that the LSA Ad-to-Action Awards are recognizing what many of our clients already know: that Addressable Geo-Fencing is the most effective and precise way for advertisers to target specific households at the address-level with digital advertising.

To learn more about Simpli.fi’s Addressable Geo-Fencing, reach out to us at hi@simpli.fi.